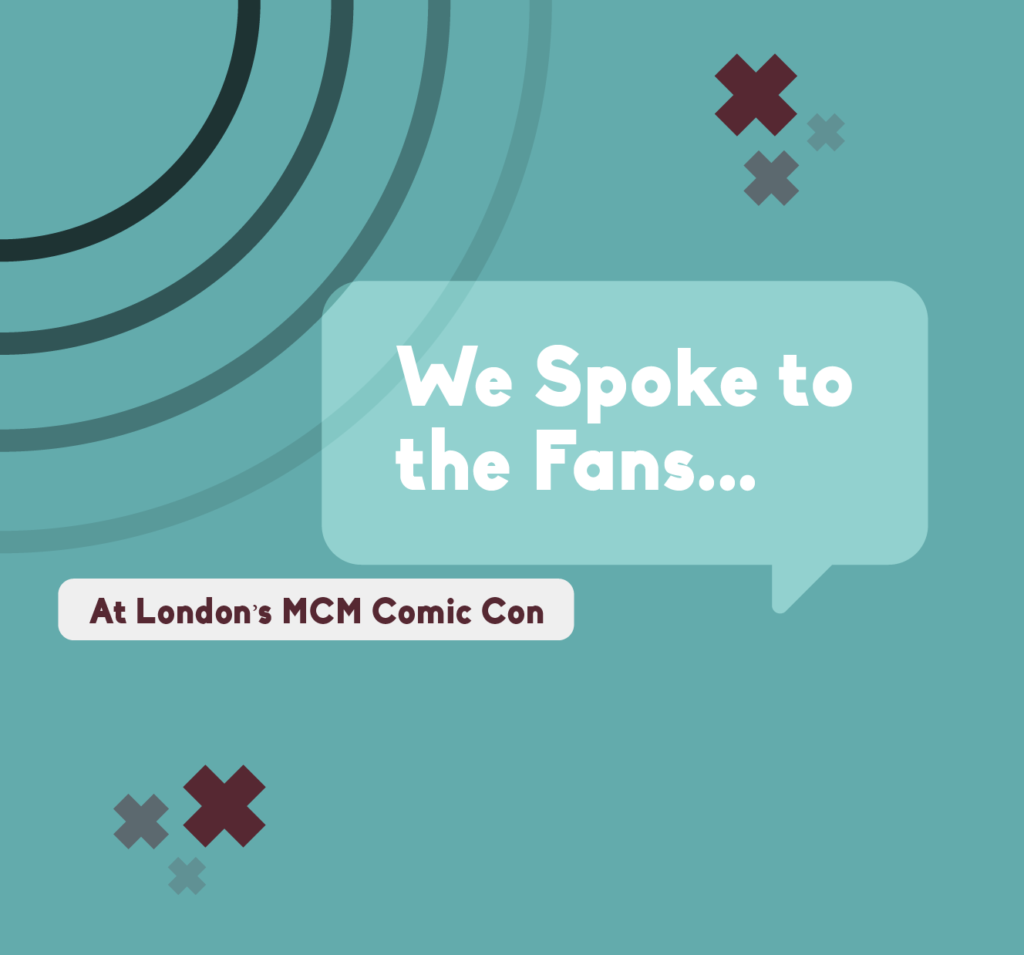 London’s ExCeL once again opened their doors to over 85,000 pop culture fans over the Halloween weekend, as they arrived for one of the year’s most anticipated events – MCM Comic Con.

And, as you’ve come to expect, we took the opportunity to speak directly to fans, once again, to further our insight into this powerful pop culture audience.

Without further ado, we’re excited to share those top-level findings below, along with some other data we captured including how fans will be adjusting their spending on entertainment in the coming months.

The cost of living crisis has affected everyone in the country in some capacity. And, as the Chancellor delivers his budget and confirms the UK is now officially in recession, we wanted to understand more about how the current economic climate will impact spending on entertainment.

Our research found that 57% of fans will be on a tighter budget and spending less, with 41% planning their expenditure far in advance. In terms of priorities, 33% chose games as their most important entertainment expense – followed by merchandise at 27%, cinema at 20% and streaming services at 13%. With an already saturated market across games, films and especially VOD platforms, we’re expecting we will see much more chopping and changing, with brands needing to work harder than ever to keep consumer attention.

But it’s not all bad news. Our research also found that a strong cohort of 26% of fans are now buying more impulse purchases than ever – in which lies opportunity.

As ever, we also asked: