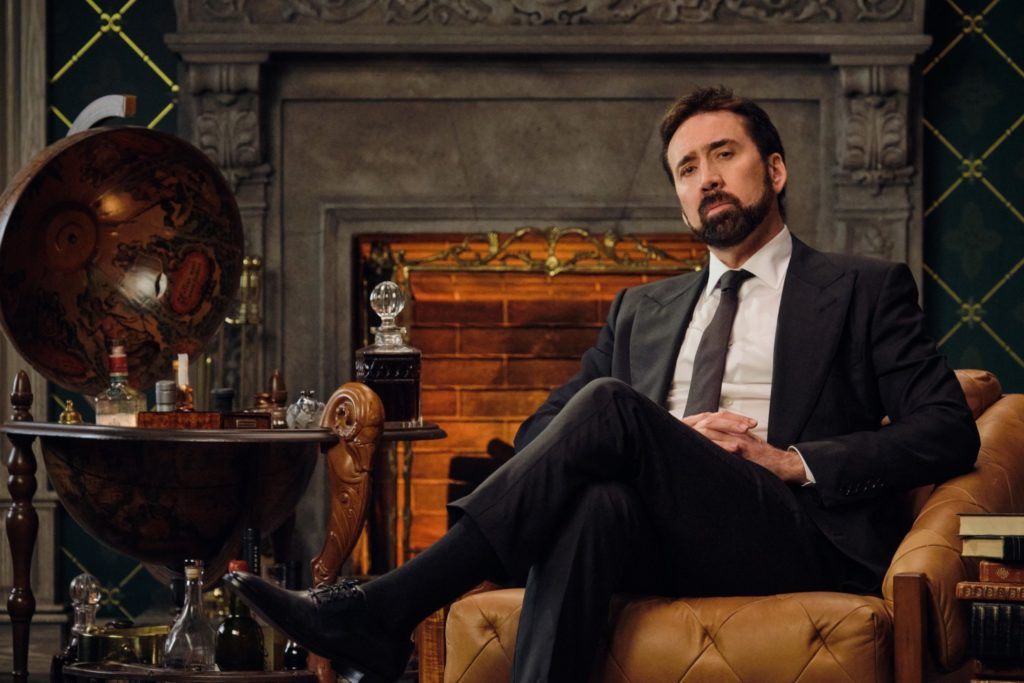 
An education in expletives: the history lesson you didn’t know you needed. History of Swear Words, hosted by Nicolas Cage, is a loud and proudly profane series that explores the origins, pop culture-usage, science and cultural impact of curse words. Through interviews with experts in etymology, pop culture, historians and entertainers, the six-episode series dives into the origins of “F**k”, “Sh*t”, “B*tch”, “D**k”, “Pu**y”, and “Damn”.


Martha (Vanessa Kirby) and Sean (Shia LaBeouf) are a Boston couple on the verge of parenthood whose lives change irrevocably when a home birth ends in unimaginable tragedy. Thus begins a yearlong odyssey for Martha, who must navigate her grief while working through fractious relationships with Sean and her domineering mother (Ellen Burstyn), along with the publicly vilified midwife (Molly Parker), whom she must face in court.


Single mother Sandra (Clare Dunne) escapes her abusive partner with her two young children, only to find herself trapped in temporary accommodation. After months of struggling, she draws inspiration from one of her daughter’s bedtime stories and hits upon the idea of self-building an affordable home. She finds an architect who provides her with plans and is offered land by Peggy (Harriet Walter), a woman she cleans for. Aido (Conleth Hill), a building contractor, appears willing to help, too. But as her past rears its head in the form of Gary (Ian Lloyd Anderson), her possessive ex, and as bureaucrats fight back against her independent spirit, will Sandra be able to rebuild her life from the ground up?


It wouldn’t be the BBC without David Attenborough, and this new series is as wonderful as you’d expect, capturing Attenborough’s respect and infectious awe for our planet – one where every element of the Earth seems to be perfect for human life, and all other life, to exist. Kicking off with volcanoes and the benefits they bring to the global ecosystem, this is a visually stunning reminder of why Earth needs to be looked after – and also will likely haunt your dreams with the introduction of the vampire finch.


A two-part documentary offering a revealing look at the rise, fall, and epic comeback of global icon Tiger Woods. The series paints an intimate picture of the prodigy whose dedication and obsession with the game of golf not only took his fame and success to new heights, but also down a dark, spiraling road that eventually led to a legendary sports comeback, culminated by his victory at the 2019 Masters.