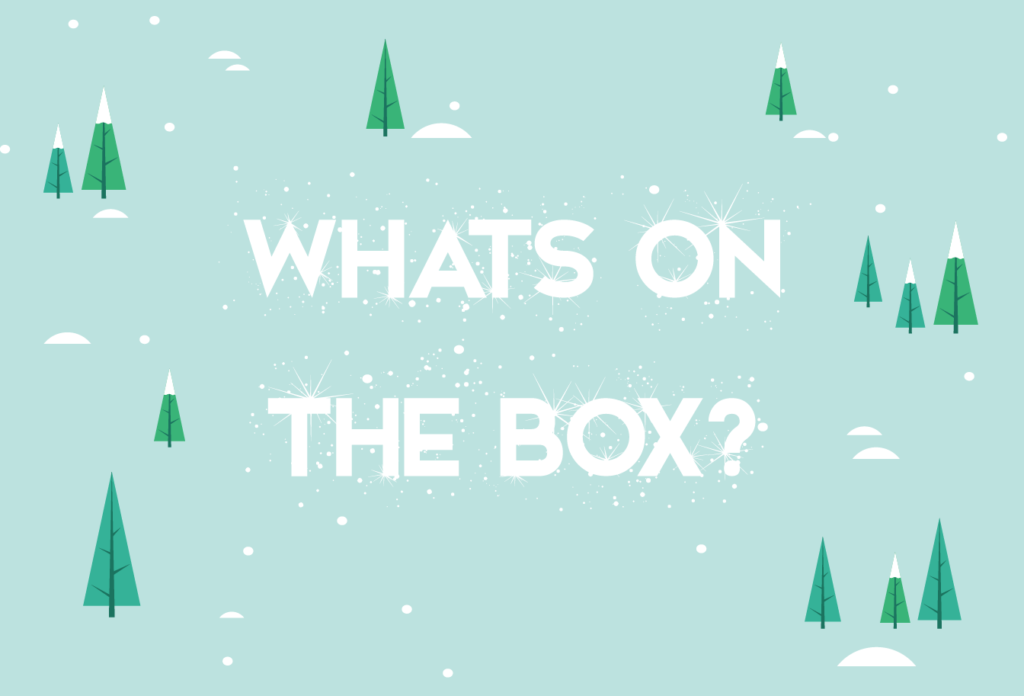 2020 has certainly been a tough year for everyone. But we can always rely on some great festive telly to cheer us up!

It’s been a strange year for television and film, with numerous delays and the halting of film productions across the world. However, there’s still lots to get excited about over the festive period, from Christmas specials of our favourite TV shows to some epic cinematic releases! Here are some of our top picks… 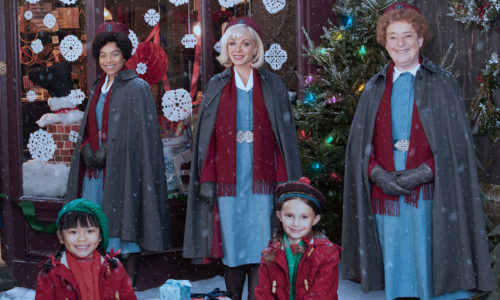 The episode is set in December 1965, with everyone at Nonnatus House looking forward to traditional celebrations with all the trimmings – but things go a bit awry. Sister Monica Joan is rushed to hospital, Trixie is incensed to receive a subscription to a Marriage Bureau as a Christmas gift and a surprise reunion for Shelagh involves her in a deeply moving birth. And there’s also a guest appearance by Peter Davison as the ringmaster of a circus which arrives in Poplar! 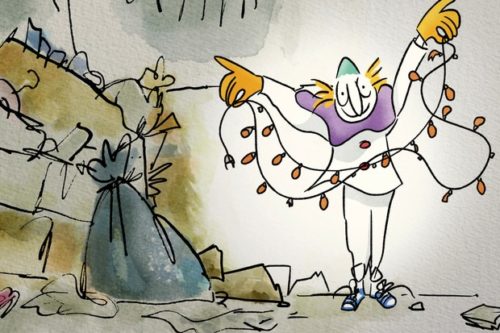 Channel 4 also has a charming festive animation debuting on Christmas Day – an adaptation of Quentin Blake’s beloved children’s book. Narrated by Helena Bonham Carter, the half-hour programme tells the story of a toy clown who embarks on a quest to find a new loving home after being thrown away with a load of old discarded toys. 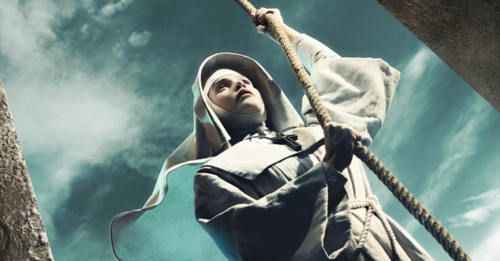 This year’s big prestige drama from the BBC comes in the shape of Black Narcissus, an adaptation of Rumer Godden’s 1939 novel about growing tensions within a small convent of Anglican nuns.

The creative team have their work cut out if they are to top the previous screen version of this story – the 1947 Powell and Pressburger film of the same name is widely considered one of the best films of all time. But this new version can certainly rely on a talented cast – with the stars including Gemma Arterton, Alessandro Nivola, Aisling Franciosi, Jim Broadbent, Rosie Cavaliero and the late Diana Rigg. 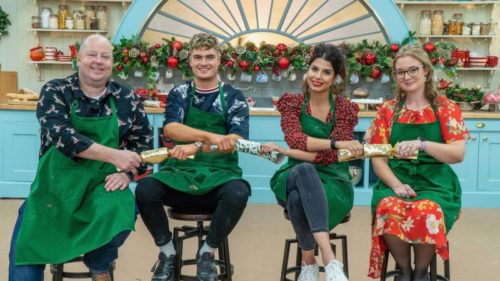 Four previous GBBO contestants are invited back into the white tent for a festive edition of the beloved baking contest, with those competing including Jamie and Rosie from 2019, Ruby from 2018 and James from 2017. Paul Hollywood, Prue Leith and Matt Lucas are joined by Bake Off: The Professionals host Tom Allen, who fills in for the unavailable Noel Fielding. 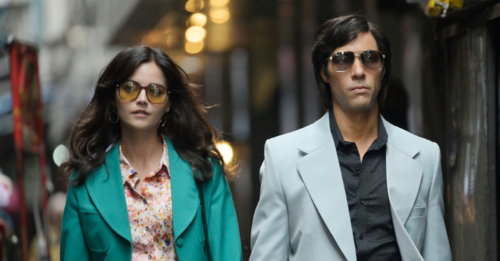 Jenna Coleman and The Eddy’s Tahar Rahim star in this new serial killer drama which begins on New Year’s Day and will continue in weekly instalments into 2021. The Serpent, which is based on a true story, series documents the crimes of Charles Sobhraj, a man who was the chief suspect in the unsolved murders of up at least 12 Western travellers across India, Thailand and Nepal through 1975 and 1976.

The annual quiz hosted by Jimmy Carr is back, with six comedians answering questions about what’s been, let’s face it, a rather eventful year. As ever, some superstars will be hand to ask questions, including Mitchell Brook Primary School, Charles Dance and Jon Snow. The comedians taking part this year are James Acaster, Stacey Solomon, David Mitchell, Maya Jama, Richard Ayoade & Joe Lycett.

Doctor Who: Revolution of the Daleks 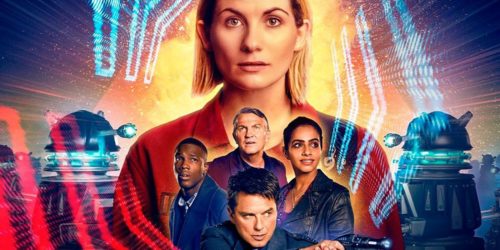 The hotly-anticipated Revolution of the Daleks begins with the Doctor locked away in a high-security alien prison after the events of series 12, while Yaz, Ryan and Graham have to pick up their lives without her.

They soon get reeled back in to adventures in time and space however, when they discover a disturbing plan forming which involves a Dalek… 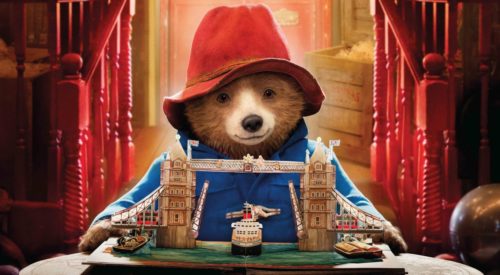 Paddington takes up a job to accumulate enough money to buy the perfect gift for his aunt on her 100th birthday, but it gets stolen.

Where: Disney+ | When: Christmas Day 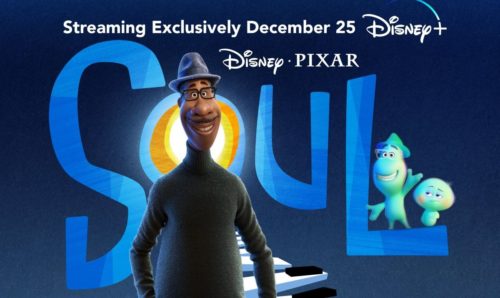 While Soul was sadly shunted from a cinema release due to the pandemic, being able to stream it to our homes is an unexpected Christmas Day treat! Pixar’s latest emotional rollercoaster is more on the Inside Out end of their company spectrum, and by all accounts a loving tribute to jazz and identity. Jamie Foxx voices a music teacher whose soul gets separated from his body, while his supporting cast ranges from Tina Fey, David Diggs and Angela Bassett!

Where: NowTV | When: From the 19th December 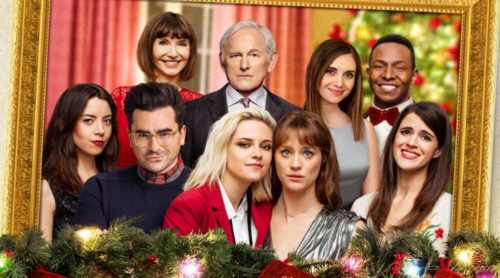 This festive romcom broke the internet last month, sparking praise and a raft of contrarian think pieces from American viewers. Now Brits get a chance to see what all the fuss was about. Kristen Stewart and Mackenzie Davis star as a queer couple forced to stay closeted while visiting Davis’s conservative parents for Christmas. Arriving on Sky Cinema and NOW TV this week

Previous Post The Women in Games Awards: Why They’re More Important Than Ever Next Post Trailer Tuesday | 4 January
Menu