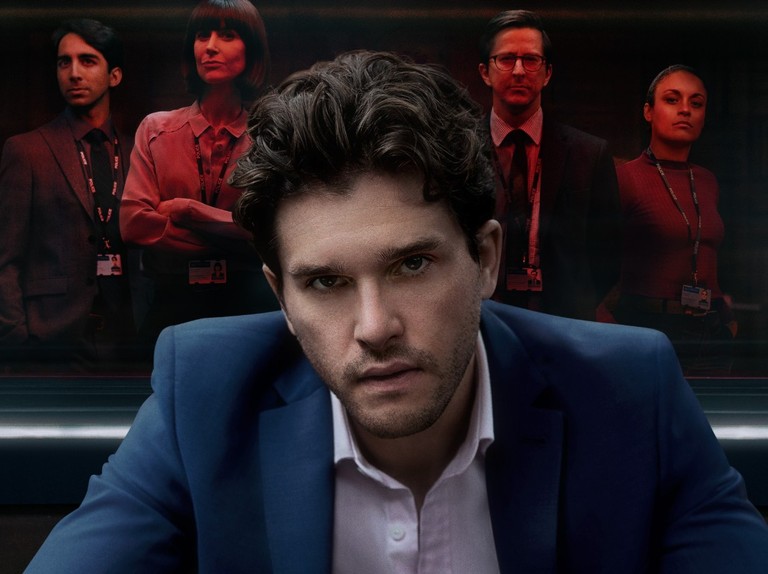 From Luca Guadagnino, the director of Call Me By Your Name, We Are Who We Are follows a group of teens growing up on an American Army base outside of Venice, Italy struggling to find their own identities as they move into young-adulthood.

The stars are out in full force in this unsettling six-parter, starring Jude Law, Emily Watson and Naomie Harris and set on a windswept, eerie island off the British coast. Visitors are confronted by the landscape’s violent history and must reckon with their own secrets in the process. The opening half of the series will be followed by a livestreamed event in October.

16 SEPTEMBER – THE DEVIL ALL THE TIME (NETFLIX)

In Knockemstiff, Ohio and its neighboring backwoods, sinister characters — an unholy preacher (Robert Pattinson), twisted couple (Jason Clarke and Riley Keough), and crooked sheriff (Sebastian Stan) — converge around young Arvin Russell (Tom Holland) as he fights the evil forces that threaten him and his family.

Spanning the time between World War II and the Vietnam war, director Antonio Campos’ The Devil All The Time renders a seductive and horrific landscape that pits the just against the corrupted. Co-starring Bill Skarsgård, Mia Wasikowska, Harry Melling, Haley Bennett, and Pokey LaFarge, this suspenseful, finely-woven tale is adapted from Donald Ray Pollock’s award-winning novel.

The searingly tense crime drama set in the confines of an interrogation room returns for a second season, replete with a new cast including Kit Harington, Kunal Nayyar, Katherine Kelly, Sharon Horgan and Sophie Okonedo. With four new cases to solve and four new suspects to question, who will we believe and who is hiding something dark?

This uplifting documentary series, co-produced by the basketball great LeBron James, charts the inspiring journeys of a handful of athletes and creatives, including singer Colbie Caillat, actor Julianne Hough and James’s LA Lakers teammate Anthony Davis, as they revisit where it all began.

Sarah Paulson takes on the role of the heartless tyrant Mildred Ratched from One Flew Over the Cuckoo’s Nest in this glossy, bloodthirsty, Ryan Murphy-produced origin story. Set in 1947, it follows Ratched as she infiltrates the mental health care system, building up trust as the darkness creeps in. Sharon Stone and Cynthia Nixon co-star.