Late May, and Experience12 were back at the hottest pop culture event of the year, London’s MCM Comic Con. And once more, we set about asking the fans what they were most looking forward to.

As Series 3 of Stranger Things is set to return on 4th July, it is sure to dominate our screens this summer as it was voted most anticipated TV show at Comic Con, beating Lucifer and Black Mirror to the top spot. A full-house for Netflix.

The survey of 1,167 pop-culture fans also saw Spider-Man: Far From Home bring it home for Marvel, swinging in to the top spot for most anticipated film, ahead of Toy Story 4 and Godzilla.

Further still, the survey highlighted a number of fascinating insights into the preferences of Comic Con fans, who’s age range was predominately 18-34 (68%), including their choice of Marvel or DC, Film or TV and their favourite way to view content.

The key finding is that, for the first time, females in attendance surpassed males, with 51% to 44% Male respectively.

You can download and explore the full infographic below! 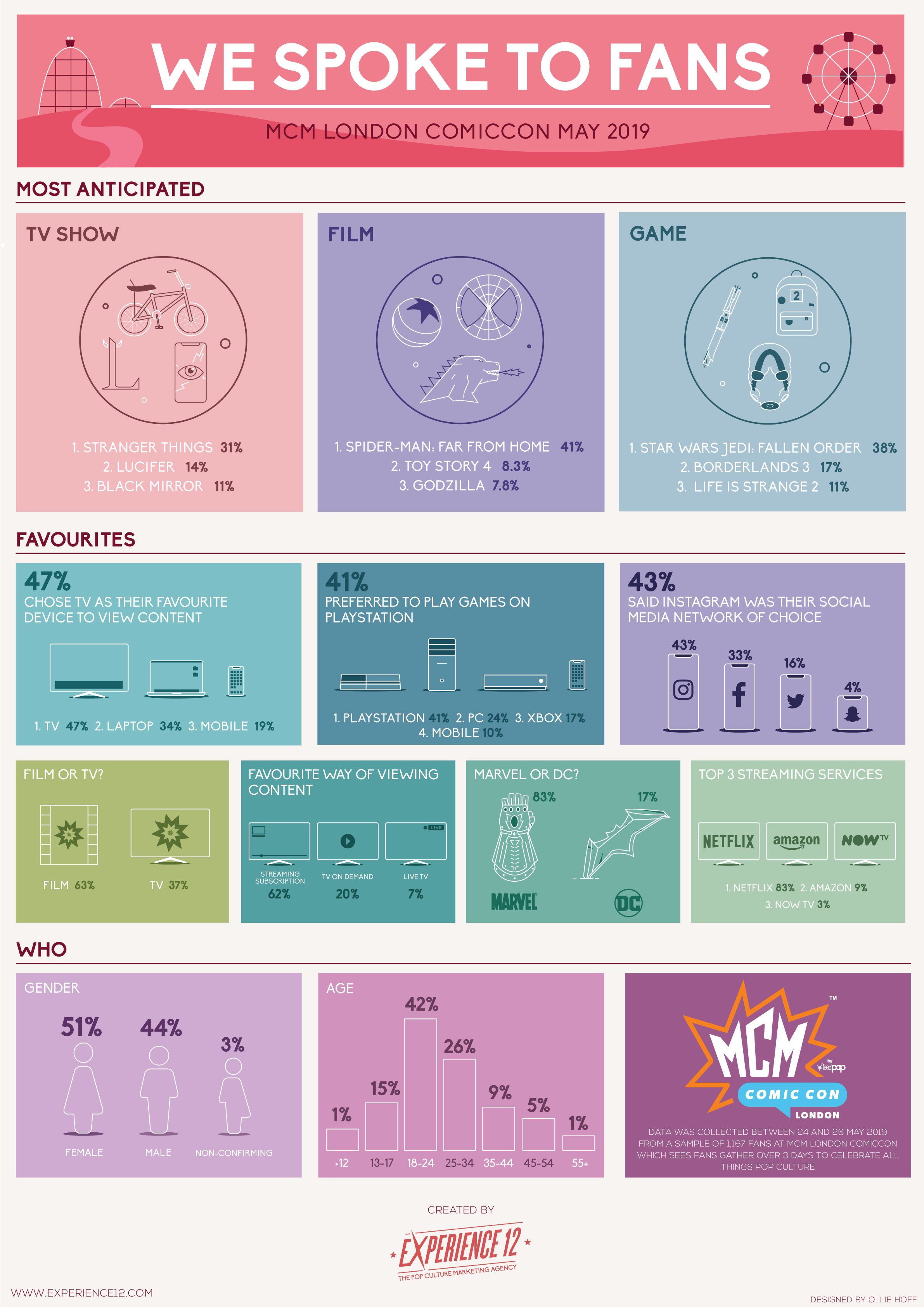